The only difference between a hurricane, a cyclone, and a typhoon is the location where the storm occurs.

They all happen in the same way:

Warm water heats the air and it starts to rise, and begins to spiral. The warm air will be very moist and will start to condense. As the warm air spiral goes up into colder air, it becomes even warmer and lighter, so it rises and spirals faster, sucking in more warm moist air from the surrounding sea. This enormous heat-engine, powered by the heat in the sea, is a storm formation.

When a building stands in the path of the wind, the windward wall tends to block the air, and the air pressure increases. This force can cave in walls, smash doors or columns or bracing systems, or push buildings completely over. As it passes over, the wind can come from every direction.

If there is an opening in the windward side, the high pressure can find its way into a building. The whole building can be blown outwards, like a balloon. What makes the situation worse is that the wind is not a steady pressure but shaking.

The rain-fall by itself can damage structures by washing away poor quality walls; and by overflow cutting under foundations; or the sheer weight of water on flat roofs. Hail can smash down even quite strong roofs. Rain causes floods and floods cause land-slides. Hurricanes cause sea surges and waves. The effect of these threats can be more damaging than the rain as the water is much heavier.

On November 8th, Typhoon Haiyan (known in the disaster area as Typhoon Yolanda) hit the ocean facing capital city of Leyte province, Tacloban on the central island of the Philippines at 195mph.

The visible destructive force of a typhoon is the violent wind. However, the very low air pressure continues to suck sea water into the storm’s core. This causes the sea level to rise several feet. The extreme winds whip this extra-high surge of water into extra-high waves. When this surge, and the waves in it, hit a coast-line, the effects on flood defences and on buildings can be more serious than the damage from the wind. This is made worse by the geography of Tacloban, at the end of a narrowing bay, which increases wave surge heights. In the Philippines, the storm surge swept waves as high as 15ft into Leyte and Samar before moving onto areas of Southern Luzon and Bogo in northern Cebu. The category 5 storm has been identified as strongest in recorded history.

Annually, the Philippine islands battle against an average of 20 typhoons. Last year, typhoon Bopha killed more than 1,100 people and caused $1bn of damage. The geographical location of the Philippines and their economic position make it hard for the national government and the international community to prepare for such events. Very few of the buildings are built to resist the full strength of typhoons, never mind category 5 storms.

The country and the world have been left reeling from the devastation caused. It is hard to assess the extent of the damage and begin recovery, but it is clear that aid is needed and solutions to rebuilding the Philippines for the future need to be found.

REIDsteel first worked in the Philippines in 1996 with Balfour Beatty to construct a BICC cable factory. We went on to help BICC expand their operations in the area over the next decade.

After starting a collection box and with our shipping manager, Ana Monti baking cakes for donations, we raised just over £600 in 3 days for the DEC appeal fund. We sent our donation out quickly to hopefully support initial aid, but are continuing to collect.

There will be no quick or easy solution for the Philippines. The infrastructure of a significant portion of the country needs to be rebuilt and redeveloped as extreme weather becomes more common. Having worked in countries around the globe overcoming difficulties from all angles, we offer our sincere support to our clients in the Philippines and to aid organisations.

REIDsteel shows how buildings can be strengthened to resist cyclones here:
http://www.reidsteel.com/information/hurricane_resistant_building.htm

And to resist Tsunamis here: http://www.reidsteel.com/information/tsunami_resistant_building.htm 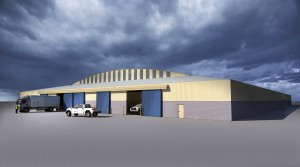 This information includes the understanding that building foundations have to be big enough to resist uplift and sideways load. The cladding has to be designed to resist the maximum wind pressure from all directions. And a length of ridge vent, away from the building ends, always has suction on the outside, so can help reduce unwanted pressure.

REIDsteel’s technical director, Rollo Reid explains that REIDsteel buildings begin with a suitable shape with hipped roofs of a 14 degree slope. REIDsteel provide a well-researched and accurately engineered design with correctly made connections and straight-forward load paths to bring the loads to ground; to foundations that are designed to resist to the pressure loads of a hurricane. 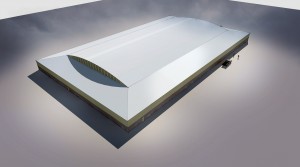 REIDsteel hurricane resistant buildings have been built all around the world in all the high wind areas: Pacific Islands, Mauritius and Madagascar, Philippines and South East Asia, all over the Caribbean and Central America (As well as Iceland, Greenland, the Falklands, South Georgia and the Antarctic). They always embrace the best design principles, and they survive Hurricanes.

In 1995, The Island of Antigua was hit in close succession by Hurricanes Luis and Marilyn. These were intense, went all the way round through 360 degrees, and lingered a long time. Almost every building on the Island was damaged. Of the 40 REIDsteel hurricane resistant buildings on the Island, all were intact and the contents safe. REIDsteel have never had major damage by a Hurricane or Polar Wind in living memory.

You can get in contact with us about our resilient structures here.

Comments Off on The Importance of Resilient Structures