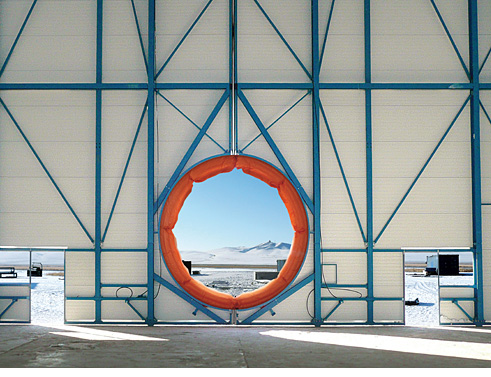 Construction of the aircraft maintenance hangar in Mongolia continues, and the fuselage sealing doors are now in place.

Designed by REIDsteel to fit an Avro RJ85. The fabric ring inflates to create a tight seal around the aircraft body so that maintenance can be carried out on the aircraft without the need for the whole plane to be inside the hangar.

When the seal is not in use, the smaller, outer doors slide shut and seal the hangar. 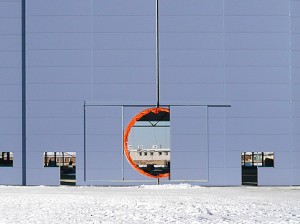 The project was commisioned by Eznis Airways LLC, and is located in the Capital Ulaanbaatar.

Mongolia is a huge landlocked country, covering an area of over 1.5 million square kilometres. It is bordered by China on the south, east & west sides and by Russia to the north. 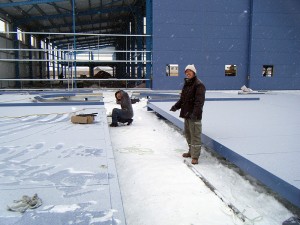 Local members of the construction crew

With UK temperatures now starting to creep below zero, spare a thought for our team constructing a REIDsteel designed aircraft maintenance hangar in Mongolia.

Temperatures there have dropped as low as minus 37 degrees centigrade!

At these kinds of temperatures things freeze fast, and the locals have developed some interesting methods for keeping their vehicles in service!

The cold also required some method adaptation for the REIDsteel crew.  Materials behave differently, and jobs that are normally straightforward  become fiddly when wearing gloves, but if you take your gloves off and touch metal with bare skin it will freeze and stick!

Despite these hardships, the team have done a great job and are due to complete on schedule.