REIDsteel were privileged to welcome representatives from the Government of Ghana Health Select Committee to tour our five acre site and to view the design and fabrication of the latest hospital for which we are providing the design, fabrication and shipping of the steel frame and roof cladding.

REIDsteel are working as part of the team established by NMSI. This consortium specialises in systems, design and engineering, logistics, procurement and project management. They welcomed the Ghanaian delegation to Britain via London before travelling to Poole and then on to REIDsteel. Working as part of the NMSI team, REIDsteel are designing, fabricating and shipping several district hospitals throughout Ghana for the Ghanaian ministry of health under a $175million contract.

Mike Chappell, REIDsteel’s Sales Manager introduced our visitors to REIDsteel’s company history dating back to 1919 and talked about the vast range of technical expertise that we are able to bring to projects. He then went on to show a time-lapse video we recorded of the parts for the building being packed to be shipped to Ghana’s Tema Port. 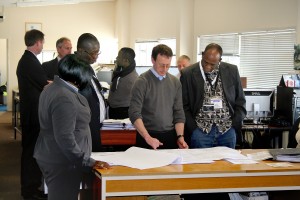 Commencing a tour of our drawing offices Tim Reid, company director introduced the Committee to the men responsible for creating the new hospital on paper; Design Engineer, Peter Mrozinski and Draughtsmen, Kevin Williams and Richard Cooper. Peter explained how he made sure the building was suitable for the environment of Ghana, while Kevin and Richard showed how they detail every single nut and bolt to make the building structurally sound.

Andy Davies, Production Manager, later showed the Committee out into the works. Andy described in detail the process from drawing office to fabrication. He showed our visitors the journey of each piece of steel including being shot-blasted, cut and fabricated on site. 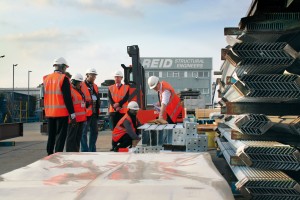 80% of REIDsteel’s work is exported, so we do not always get the chance to speak face-to-face with our end clients. It was a pleasure to meet the people who have embarked on the vast mission to provide Ghana with more district hospitals and have employed us as part of the involved team to do so.

Matthew Way, Sales Engineer highlighted this sentiment, “I was thrilled to be able to show the Ghanaian MP’s the results of the hard work that REIDsteel have put into this project, being able to show them how we have arrived at the final design of the hospital was great because it is an important part of the overall delivery of the hospitals scheme being undertaken by NMSI and its partners”.

Comments Off on A Visit from Ghana 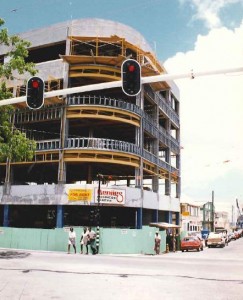 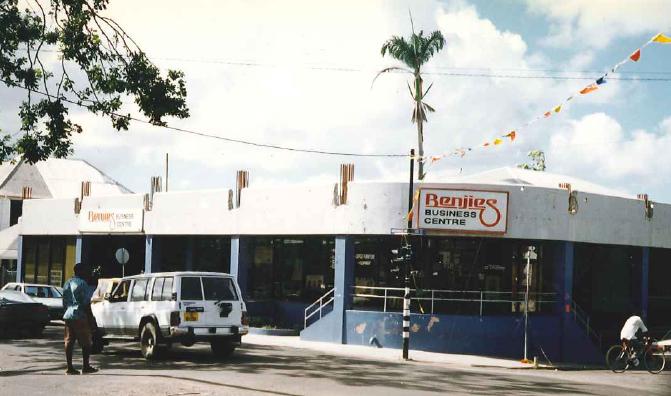 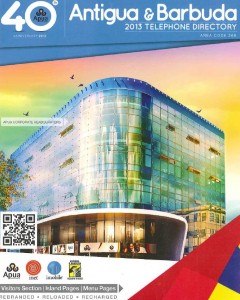 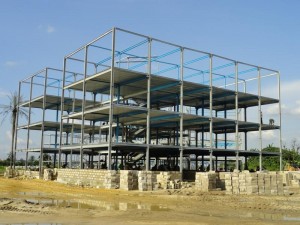 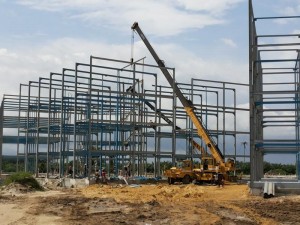 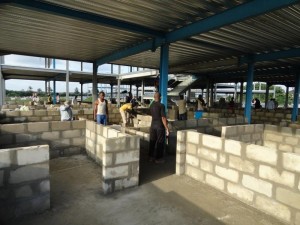 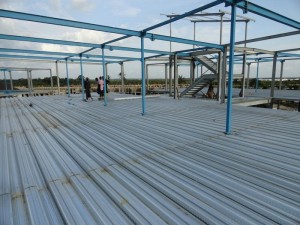 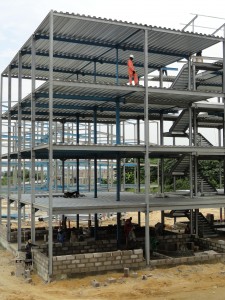 Comments Off on TAF and REIDsteel

An example is the Lido Mar in Montenegro. The architectural design concept was by Studio RHE Architecture & Design and the structural steelwork design was by REIDsteel.

As you can see from these photos the final results are stunning.

Comments Off on Lido Mar, Montenegro