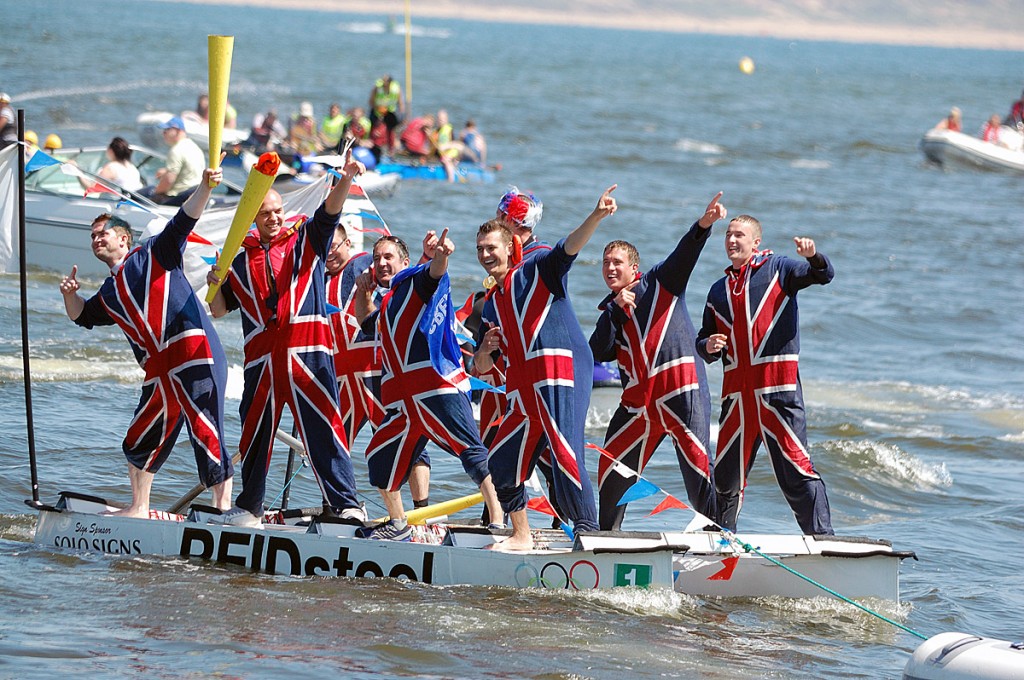 On the sunniest day of the summer so far, the REIDsteel Team took to the water for the annual Mudeford Lifeboat Funday Raft Race.

After a very convincing victory in their heat, the final proved a much tougher test for the lads, with a neck and neck struggle for supremacy between REIDsteel and the New Milton Roundtable Team.

Finally, with what was surely an immense amount of Steve Redgrave like grit and determination, the REIDsteel team broke the oppositions resistance and crossed the line ahead to win the race and retain their winners title from last year.

The lads were then awarded another accolade, as for the second year running they were the team who had raised the most money for the cause.

Harshly (we think) they were not awarded any prizes for their outfits!