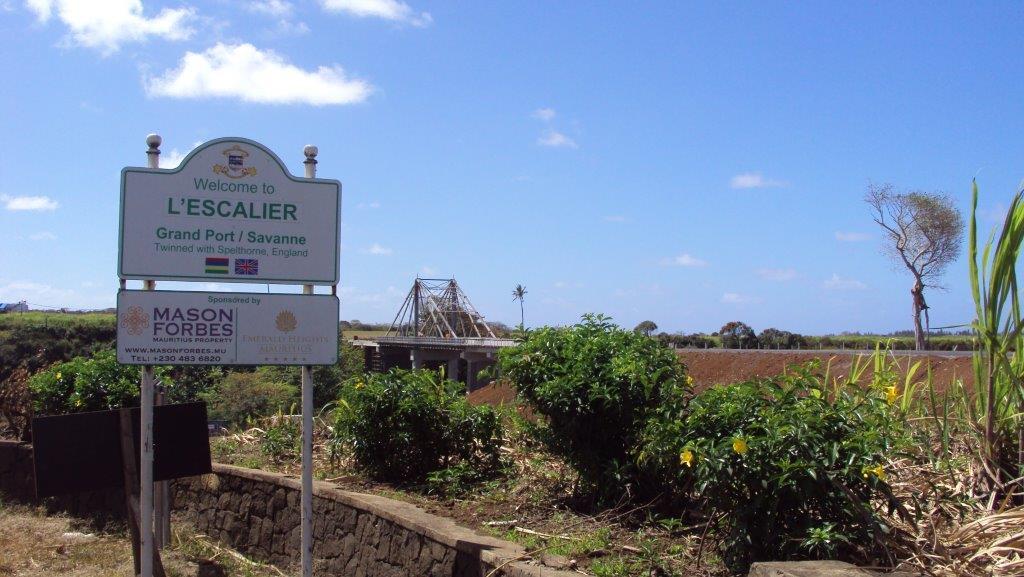 REIDsteel’s erection supervisor Jimmy Sloane has just returned from Mauritius where he successfully supervised JTEC’s installation of a REIDsteel bridge. The bridge replaced an old steel railway bridge that had been corroding since 1902 and had fallen into a bad state of repair.

We didn’t see a dodo bird, but we did notice that L’Escalier is twinned with Spelthorne in Surrey!

This new bridge at Sourdine was built to eliminate a narrow and dangerous roadway into the gulley, used heavily by large bulky sugar harvest vehicles and bagasse transport, as well as by the general public. The bridge was funded in part by the sugar company and in part by the state.

Construction Manager of Building and Civil Engineering Co. Ltd, Jean-Pierre de Rosnay, had worked with REIDsteel on previous projects and was confident that REIDsteel could deliver a functional bridge of high quality on time and within budget. 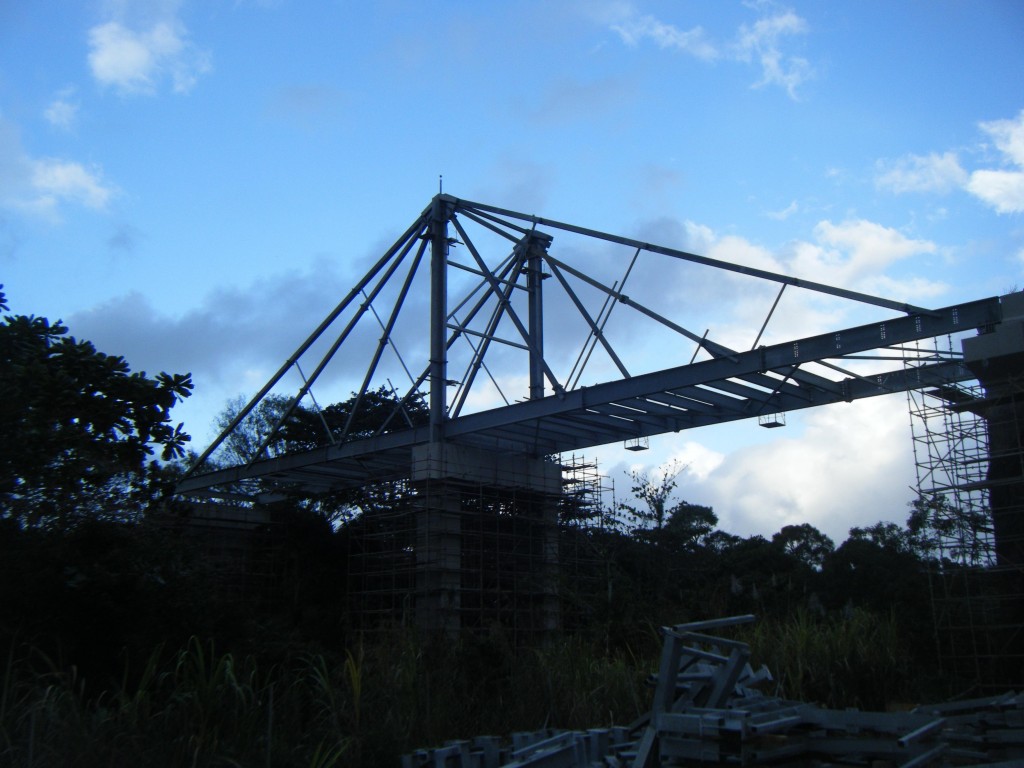 The overall project was to completely realign and rebuild the surrounding roads and link them into the new bridge thus creating an efficient solution for the predicted traffic flow within the area.

REIDsteel worked in association with local tradesmen and the surrounding community to design a bridge that suited all needs and worked best for the environment.

The bridge had to be designed to cross a ravine approximately 100 metres wide and 22 metre deep. Several schemes for the new bridge were explored and following a study of the terrain it was agreed that the best solution was to use the existing piers and to construct an additional new pier in the middle of the river. This allowed the main span of the REIDsteel bridge to be designed as a stayed bridge with the central tower being supported on the new pier.

The stayed bridge part by REIDsteel spanned 200 feet in 2 No. equal spans. As the gap across the ravine was approximately 350 feet, a local company was employed to provide conventional simply supported concrete approach spans on piers on either side of the main REIDsteel bridge.

The central stayed bridge by REIDsteel was designed in accordance with BS5400 for 2 No. lanes of vehicle traffic and for 2 No. pedestrian walkways cantilevered off along both sides.

All steelwork for the bridge was hot dip galvanised to British standards which will ensure long life and a low maintenance functional link for the sugar industry for many years.

With thanks to Jerry Teckyong of JTEC for his support, hard work and photographs.

Comments Off on Our first bridge with JTEC in Mauritius