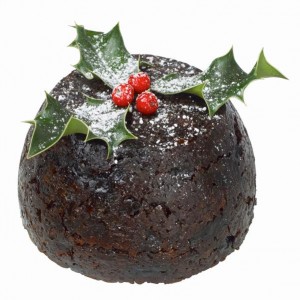 Chris Batty (quality assurance assistant), Tony Rendall (draughtsman), John Sinkinson (company accountant) and Matthew Way (project engineer) recently entered this year’s local Christmas 10k run. This family fun event has taken place annually for over a decade. It allows runners from over Dorset and Hampshire of all abilities to take a run along the River Avon, through the roads of Burton.

The course takes runners through a part of Burton that perhaps locals don’t visit often. Despite this, it is really quite picturesque with large hedgerows marking the way. The farmland roads make for a good, flat course; perfect for a personal best.
However, the best part is receiving a congratulatory Christmas pudding upon crossing the finish, so everyone’s a winner! The day is a lovely festive start to the Christmas season. Everyone was still very much in the spirit, even though the Christmas puddings this year turned out to be just a tad unfit for consumption.

Our resident triathlete, Tony finished 35th overall with a time of 37:34. Matthew and John followed him across the finish line shortly after with times of 51:13 and 53:40 respectively. Chris came close behind with a time just past the hour mark.

Even though Chris trained more than he usually would, he suffered a hamstring pull just as he was reaching the third mile. Despite this he carried on and was met by John at the finish with a nice, hot cup of soup. Chris says he is determined to come back next year and Matthew agrees, aiming to cut his time by at least three minutes.

There was a good team spirit amongst our REIDsteel runners, with just a hint of friendly rivalry.  Matthew explains how it is nice being around a group of likeminded people and that even away from your team mates, the pace you run at gives you a group of people to keep you steady and runners ahead to keep you competitive.

Christchurch Runners, part of the East Christchurch Sport and Social Club organise the event. They generously provided timekeepers, marshals and hot drinks to warm up runners and spectators on the bright, but nippy winter morning.

Out of 519 people, the REIDsteel runners all did really well, with no one coming in last! We are really proud of them and hope to see them share their Christmas puddings with us next year! 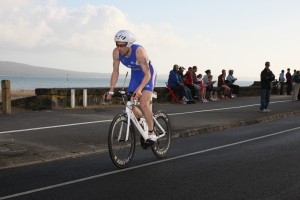 Tony Rendall has been a draughtsman at REIDsteel for fifteen years. In his free time he is a keen triathlete having competed in many events over the years.

We offer our sincere congratulations to him, as he recently came 15th at the 2013 Triathlon World Championships in London. Here’s what he has to say about his triathlon training and experiences:

“I race at Olympic distance and Sprint distance Triathlon events in the UK and abroad. For the Olympic distance these consist of a 1500m swim, followed by a 40km cycle, and finish with a 10km run and take around 2 hours to complete.

The Sprint races cover half of these distances but are run at a very fast pace (virtually flat out) so are just as hard.

I usually train in excess of 10 hours a week including double sessions before and after work to keep me competitive and near the front end of the field.

I have represented Great Britain at the last two age group World Championship grand finals in New Zealand and London, and also at this year’s European Championship finals in Turkey.

New Zealand 2012 was my first World Championship and it was an amazing experience. To be honest I was a little depressed after they were over, as I’d worked and raced all year to qualify for the event.

There were 150,000 people watching the races over the week in the city while we were there, and it still makes me a bit tingly now thinking about it.

They closed off the north side of Auckland City to do the race and the same happened this year in London. Racing round the coast road in New Zealand was fantastic but so was racing through closed roads in London.

In Auckland the swim was in the harbour which was really cold, but in London it was in the Serpentine in Hyde Park, just a bit warmer. In Turkey it was 22 Degrees Celsius in the water and the air temperature was over 30! Three big races and three completely different events.

I get to race in some really great places in the UK alone, so I haven’t really got a favourite event. I try and get to foreign or bigger races earlier so I do sometimes get a bit of time to sight see and enjoy the atmosphere. 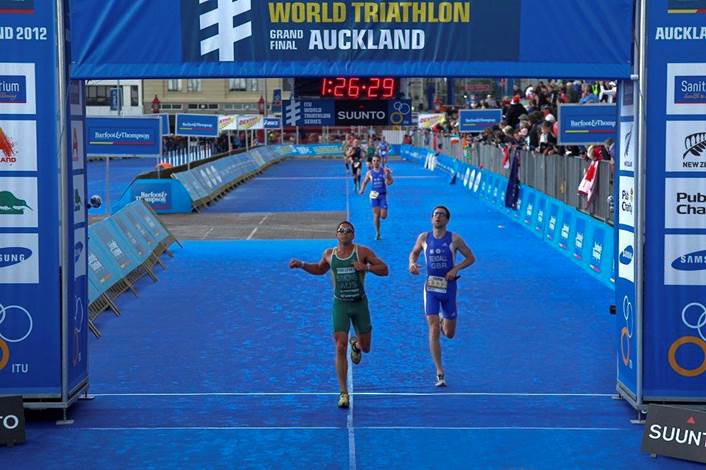 It makes me very proud to represent my country at this level, while doing something I really enjoy, and it’s nice to be around such focused and professional people.

At the World Champs in London there were 83 nations represented, which is more than there ever has been at any other mass event held in the capital before. As the biggest growing sport in the UK it also means that the competition here and abroad is very high.

Hopefully with some hard training over the winter I can stay at the sharp end and achieve the goals that I have set myself.”

Comments Off on From Draughtsman to Triathlete 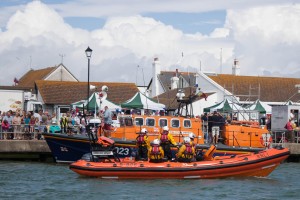 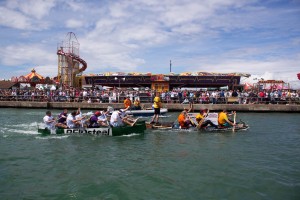 Comments Off on Summer at REIDsteel