We supplied the steel frames, composite cladding, glazing, doors, roof extraction vents and a 5-tonne overhead crane to each building.

The installation of all REIDsteel supplied components were assisted by experienced supervisor Rowland Phillips.

The Gialo plant was completed in only nine months, on a full turnkey basis. The plant is producing excellent quality of water and should provide the people at Gialo field with a reliable supply for many years to come.

Comments Off on REIDsteel and Zulal 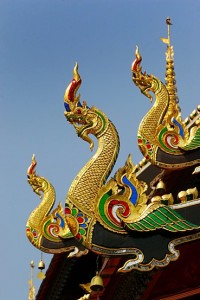 At REIDsteel, we pride ourselves on the relationships we build with individuals, businesses and organisations across the world. So when our Sales Manager, Mike Chappell bumped into Richard Pelly, Director General of British Expertise he found himself heading to Burma (Myanmar) on one of REIDsteel’s more intriguing trade missions.

British Expertise is an independent, not for profit company who have a close relationship with the government funded UK Trade and Investment (UKTI). They work to forge links between businesses and international embassies and commercial offices in order to better assist export opportunities.

Burma (Myanmar), as the media readily reports has long had its struggles and human rights issues. It is in the process of change that everyone hopes will be for the better. The recent trade mission consisted of a schedule of meetings and events where contact was made with local businesses and ministries who were pleased to share their views of the market and potential for future growth.

Huge challenges lie ahead for all involved, but REIDsteel are pleased to have put their name out there. “We know we are good at working in difficult and growing markets” says Mike and we would endeavour to compete to provide reliability, quality and true value for money in Burma (Myanmar).

Comments Off on REIDsteel in the International Business Community

Slow growth in Nepal’s exports and difficulty moving home-grown agricultural products around the country to reduce dependence on imports are getting a boost from steel bridges that are designed and built in the UK.

Helped by £3 million of funding from the British government, through the Department for International Development’s (DFID) Rural Access Programme (RAP), REIDsteel of Christchurch, Dorset was appointed by local contractor Kalika of Khatmandu to construct a 120m steel span bridge to open up access between Khandbari and Chainpur and boost trade across the Sabha Khola river.

The bridge links Sankhuwasabha with the national road network and has the potential to transform the lives of 800,000 people – The river runs through the Arun Valley, one of the deepest in the world at 300-435 metres.

Without a bridge the people of the region faced extreme difficulties crossing from one side to the other. During the monsoon season boats would regularly capsize, putting lives and cargo in peril.

Building a bridge in such a remote region is easier said than done. Road access was little more than mud tracks in places and the mountainous terrain meant getting steel girders from the port to the site was a logistical nightmare.

However, REIDsteel has almost 100 years’ experience of building bridges around the world and the company completed a similar, slightly smaller 96 metre bridge in the region in 2011.

This meant the team was able to design, manufacture, ship and construct the bridge within just one year, far quicker than the contractor had expected.
Rollo Reid, REIDsteel’s technical director says:

The speed of construction was down to the hard work and dedication of the team of local workers. Supervisors sent by us from the UK trained the team and oversaw the work but the hard manual work was done by the Nepalise builders working on the project.

Hard manual labour is exactly what it takes to build bridges in Nepal. When REIDsteel built the Piluwa Kohla bridge, north of Dharan in Nepal, no cranes were available so towers were made using disused electricity transmission steel poles and two aerial ropeways spanning the river were put in place.

Using ropes and hand-power, the sections of the bridge were put into position. Although this work was done during the dry season, the project suffered a set-back when a flood surged down the river, sweeping several of the girders and pole props into the water.

Luckily, once the flood water had abated, the bridge parts could be salvaged and work was able to resume.

The satisfaction of getting through the build stages and seeing the finished bridges is immense.

The structures provide the only bit of straight, flat road for miles around and it’s incredibly rewarding to see the sheer joy on the faces of locals who no longer have to dice with death to cross the valley.

Knowing that something that was designed, crafted and shipped from a small town in England will have a major impact on helping trade flourish in such a remote part of the world makes all of us at Reid’s extremely proud.

Construction of TAG Energy Solutions new 6840m2 production facility on the north bank of the river Tees is now complete.

The facility is a state of the art, automated tubular production facility for the rolling & welding of large diameter tubulars, and the construction of foundations – monopiles, tripods, jackets and transition pieces – for the renewables and energy industries.

The structure has been designed to integrate with TAG’s manufacturing process and subsequently incorporates 4 travelling overhead gantry cranes for the moving and lifting of large steel plates and tubular sections during fabrication.

Following fabrication, the large diameter tubes can be safely removed from the facility and transported out through REIDsteel’s electronically operated 20m wide x 14m high slab sliding hangar doors at the gable end.

Despite the challenges of the harshest winter for 31 years triggering near Artic conditions during the mainframe erection & cladding installation, REIDsteel completed the job ahead of schedule and on budget.